How is it possible to clearly express (with your body, the instrument, the voice)

what we are, what we wish to say, to sing…. How is it possible to be truly connected to your inner self in your artistic activity?

The artist, can easily forget the importance of physical wellbeing, as he or she is constantly submitted to the demands of pose, gesture, listening and reading. These occupations can decrease the artists emotional perception and expressive abilities.

The Feldenkrais Method is a premise to an increased state of alertness, to improvement of the interior energy flux’s (both organic, emotional and intellectual), and offers enhancement of the artistic qualities such as scenic presence and musical expression.

The conception of the program is modern and original. Clearly, the spirit of Feldenkrais is to sustain the ideal of a healthy mind, living in a healthy body.

The method systematically avoids any mystification and any abstract theories.

The program was developed in the 1940’s by Moshe Feldenkrais. As an engineer and skilled in martial arts, he began studying the functions of the human body and the nerve-system, after a serious injure of his knee due to an accident.

His observations start at the point, where all our movements and our poses, are the expression of a sensorial and motional scheme that is imprinted in our nerve-system. Our education, our habits, our wounds, even the recovered ones, leave traces in this scheme, that little by little makes us lose the physical flexibility of our age as children.

The purpose of the method is to regain this flexibility, and to let our nerve-system have access to unknown and forgotten movements.

Since our sensorial and motional scheme is sub-conscious, one must pass through a phase of becoming aware of our habits and eventual limitations: this awareness is granted through the observation of our movements.

Simple and progressive sequences make us develop our awareness (the perception of the body, the pose and its movements) and to find better solutions to gestures that correspond to our intentions, that are more efficient and that enriches our sensorial abilities as well as our possibilities in action.

Therefor, the Feldenkrais Method is of greater interest for anyone who’s professional and creative venture implies a physical and sensorial effort, such as among others, musicians, dancers, actors as well as any person that seeking increased comfort at their job and in their daily life. 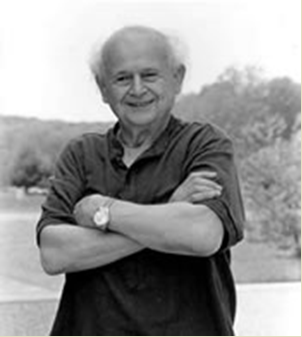 Born in Russia in 1904, he then travelled to Palestina at the age of 14, where he stayed for a period of ten years. Starting his studies in Paris 1928, he then experiences a stimulating environment: after his studies at the ESTP to become an engineer, he works in a laboratory under Frédéric Joliot-Curie, Irène Curie (Nobel price of chemistry in 1935) and Paul Langevin. He obtains a Doctors degree in Physical Sience.

In 1933 he also meets Jigoro Kano – the founder of Judo – and accepts to participate in the introduction of Judo in the European countries. Thus, MF links the Japanese training to the French federative environment. He becomes the founder of The French Ju Jitsu Club, produces several works, and also one of the first European citizens to obtain the black belt of Judo.

As a physician, he develops a conception of the body as a physical reality, the weight and the substances being balanced in the dimension of space, using the forces to stay in an upright position and to execute movements.

As an expert in Judo, he develops a conception of efficient and harmonious schemes of movement, while spending a minimum of energy.

Through his Hassidic Jewish roots, he maintains his interest for asking questions and to reflect to a problem from every possible angle. The environment in which he evolved was ready for the doctrine that he proposed.

By accident, he was injured in his knee. This incident was determinative for the orientation of his research: facing the incapacity of the medical science to offer recovery to a normal utilization of his wounded knee, he then turned towards himself and his own capacities. He observes the intern mechanisms of his body. He then discovers a dimension that he never stops to explore, in every way, in every manner, throughout his entire life, expanding his research by the neuro-scientific knowledge of his époque.

He concluded that his capacity to move without pain was depending on the specificities of his movements and that these could be readjusted through an effortless process. With the help of his wife, a paediatric doctor, he discovers the method that children use to learn new movements, and then applies his observations of this process while helping adults.

After the Second World War, he progressively excludes his engagement in Physical and Electronic Sciences, to concentrate his entire effort on the research that ultimately becomes his method. He teaches in Europe, in the USA, in Australia and in Israel, where he died in 1984.